Posted by Thomas Conley in CTE Senior Capstone · Ugworji/Shagin/Walker-Roberts · Wed on Wednesday, May 1, 2019 at 9:56 pm
For my capstone I wanted to represent my love for film, t.v. and video, through editing. I made a reel or ‘edit’ of shots from over 35 media sources, all of which are important to me in some way or another. I scanned through around 50 hours of films (and t.v. and videos), rewatching some, searching for shots that were either significant to me or that were visually appealing. I found the song I would use, AI by theMIND, deep within the soundcloud of a favorite artist of mine (confirming any possible copyright issues). I marked every waveform that I wanted to edit on, and then started to assemble and order clips so that the ordering conveys progression. The longest part of the process was definitely selecting clips - I was doing this for a couple weeks before I moved on to actual editing. The edit also includes a small animated bit, where I drew over top about 20 frames of a video using microsoft paint. My final product somewhat serves as a look into my life, but also contains sylization that I am proud of. It also showcases cinematography in a way that a typical viewer might not view it.
Bibliography (click here)
Posted by Thomas Conley in English 3 · Block · E Band on Friday, March 9, 2018 at 5:26 pm

The goal for my paper was to more closely explore some of the aspects I found interesting in Beasts of the Southern Wild; the fictional bayou community in which they live. I am proud of how I was able to analyze the relationship between this community and communities like it in the U.S. I wish I would have spent more time searching for a source that could have contributed to the sources I chose to write about.

Beasts of the Southern Wild (Carroll, BOTSW) is a 2012 movie starring Quvenzhane Wallis and Dwight Henry. The film focuses on a young Hushpuppy and her father; Wink, and their life in an almost shanty like Louisiana bayou community, known as the Bathtub. Throughout the film, Hushpuppy’s family and her fellow community members are subject to a massive flooding, legally requiring them to evacuate. However due to his pride for the Bathtub and distaste for the mainstream world, Wink decides to remain in the Bathtub with Hushpuppy and a handful of his peers. In the case of the Bathtub, this connection to one’s land appears to be dangerous, especially for someone who has no control of their safety- Hushpuppy. There are many places in America that share the mentality of those from ‘The Bathtub’; that they would rather operate in their own community than participate in the larger world or recieve ‘aid’ from larger systems.

Beasts of the Southern Wild is a film that focuses on a young Hushpuppy and her father; Wink and their life in the fictional Bayou community, known as ‘The Bathtub’. Hushpuppy lives alone with her father and together they rely on their own systems for food and resources, making Hushpuppy entirely reliant on her father. Wink seems to suffer from alcoholism, apparent due to his hospitalization at the start of the film and drinking throughout. “My daddy says if he gets too sick to drink beer and catch catfish, I should stick him in a boat and set it on fire so they don't plug him into the wall.”(Carroll, BOTSW). The concept of being plugged ‘into the wall’ is one delivered to Hushpuppy by her father, meaning forcefully being hospitalized or a forced reliance on hospital resources. I believe this concept applies to Hushpuppy’s unique community, but also to some of the more impoverished or isolated communities in the U.S.

$48 million of federal tax dollars was allocated to the Isle de Jean Charles (Davenport) in the recent wake of climate damage grants. This $48 million is intended to be used to relocate the entire Louisiana based tribe. For those like the people of the Isle de Jean Charles, their connection to their land is not only sentimental, but also religious. “We’re going to lose all our heritage, all our culture,” lamented Chief Albert Naquin of the Biloxi-Chitimacha-Choctaw, the tribe to which most Isle de Jean Charles residents belong. “It’s all going to be history.””(Davenport). This group exhibits one’s connection to their land that might exceed the significance that the characters in Beasts of the Southern Wild feel for their home. It may appear that the issues presented in Beasts of the Southern WIld and of the Biloxi Chitimacha-Choctaw are very different; A willing separation from mainstream society, and another example of native relocation, however their distinctions aid to a greater point. Although it doesn’t reflect my primary point, both groups were required by law to relocate, however The Bathtub is representative of people across the country who wish not to conform to the culture or living standards of others. Although historically native groups have had (many broken) treaties put in place to protect their rights and ownership to their land, does this make other isolated communities to their land insignificant?

Is a disregard for the communities and systems that surround govern your own problematic? To be clear, I am not saying this is what it means to be religiously connected to your land, but is this kind of pride for one’s land and distaste for the rest unreasonable in a non-religious context? I argue that it is not, and that there is a spectrum of what is reasonable in this context and what is not. In the context of the Biloxi-Chitimacha-Choctaw, relocation appears to be necessary in order to save lives, especially children who might not have control over whether they stay or leave a dangerous area. In other non-life threatening day to day situations, non religious groups should be entitled to the amount of civil exclusion experienced by hushpuppy and her father as long as it does not specifically conflict with general safety or law.

“She survived hunger and homelessness. Then she had to figure out her identity.” Public Radio International, www.pri.org/stories/2015-12-08/she-survived-hunger-and-homelessness-then-she-had-figure-out-her-identity. 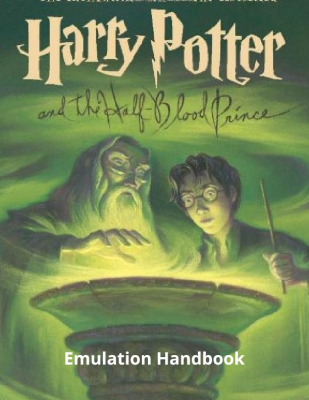 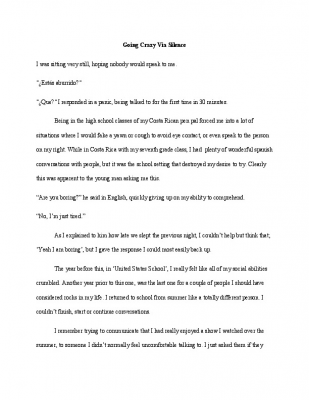 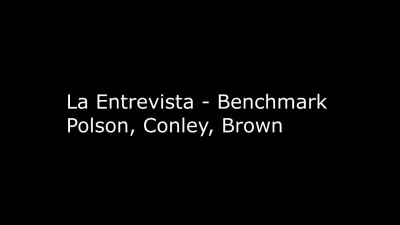 In class we watched a show called Frontline.

1. The show went in depth about the effects of new technology and social media with a newer generation.

2. In the show I recall, and found interesting, how army recruiters used video games as inspiration to join the military.

3. It may be important to watch these kinds of shows, to put your own self in perspective.

4. I honestly would let them learn for themselves and briefly talk about dangerous stuff.

5. It is important to talk about internet safety with your family because it can also keep them physically safe.

6. Trust them, but make sure they are generally being safe, just talk to them about it.

Posted by Thomas Conley in Technology - Freshman - Hull - b2 on Friday, October 9, 2015 at 9:05 am
On my L.A.N I have a pc connected by ethernet, 4 laptops, an Xbox, 2 ipads, 4 iphones, and a chrome-cast.  In the process of this I also moved my router and modem from the first floor to my room and also learned a lot about my network.  Primarily I learned in class, and in my tampering how the cable systems actually work.  I was surprised to discover that the cable we use for cable has to be plugged into the modem.  I would tell other people to understand what each wire does that goes in and out of your router and modem.  Also if you have comcast, call them every two months or so to prevent them from screwing you over (sometimes they randomly change your bill.