This Podcast is about Black Boy by Richard Wright. We are talking today with Sahar Williams, Dilon Williams, Mya Fleming and Kobe Supaswud. This Podcast addresses the overall theme of the book and the effects of what Richard Wright has gone through in his childhood. It also touches on the ending, so there are small spoilers! We also looked at racist stereotypes that have been said and this book that relates to today.

We reviewed The Glass Castle by Jeannette Walls.

In our podcast we talked about many key details. We spend most of  the time discussing the characters development and how they impact each other. We also talk about how imagery is used when describing traumatic events.The reasoning and metaphors behind the title are also discussed. Finally we discuss some of the themes and motifs in the book. This podcast dives into some of the deeper meanings and reasoning of the book.

Listen to the Podcast Here

The Books For Lunch podcast consists of the following members, Kevin Chen, Lianna Sophia Resuello, Cameron Booker and Dayan Parker. Our podcast discusses The Absolutely True Diary of a Part-time Indian by Sherman Alexie and American Born Chinese by Gene Luen Yang. The Goal of our podcast was to give a explore the complexities of these books and connect the common themes. Through our podcast, we want to give a foundation for a discussion about the nature of fitting in and self-identity and more generally about the books themselves. Link to video https://youtu.be/3G0Fai-ikew

Posted by Jade Njie in English 1 · Giknis · Y Band on Sunday, April 28, 2019 at 11:12 pm
Books:
Book #1: Another Brooklyn by Jacqueline Woodson
Book #2: Persepolis by Marjane Satrapi
Podcast Members: Nadiya-Bhaktika Weld, Zahfir McCullough, Eric Casalena, Jade Njie
Our main goal and objective for this project was to discuss major points in each of the memoirs without giving away the whole book. We wanted to make it understandable for listeners so that they can clearly understand the concept of the book and our takes on each book. Other objectives that we had were to show people how childhood plays a big part in who we become and how important memories are because the main topic of this quarter is memoirs and memories. Our group that it was best to not go off topic and through off our listeners with extra information that would take them off track. We went through with a list to follow by and we accomplished that successfully. We hope our listeners stay informed while listening to our podcast yet interested and move wanting to read our memoirs!
Click here to listen to our podcast!
https://youtu.be/OW_PQVh8vzsOur
Posted by Ganiah Bracy in English 1 · Giknis · Y Band on Sunday, April 28, 2019 at 11:04 pm
​Life: Raw and Pure By: Melanie Lugo, Alondra Fonseca-Avalos, Ganiah Bracy, and Sharon Tyler
When I was Puerto Rican by Esmeralda Santiago, is the basis of the podcast by M.A.G.S. When I was Puerto Rican is a memoir about leaving Puerto Rico to start a new life in New York. This memoir deals with topics of identity, gender roles, change, growing, and poverty. We chose this book because of the rawness and unapologetic tone of the memoir. Just the title is a statement of losing your initial identity. This podcast was created to discuss the harsh reality Esmeralda went through and how common the situation is.
Link to our podcast.
Posted by Grace Karlen in English 1 · Giknis · Y Band on Sunday, April 28, 2019 at 10:09 pm
​Members: Grace Karlen, Treyvon Ingram, Max Gilbert
Books: Funny in Farsi by Firoozeh Dumas and Born Standing Up by Steve Martin
In today's episode of It’s Always Funny in California, we discussed the memoirs Funny in Farsi by Firoozeh Dumas and Born Standing Up by Steve Martin. The book Funny in Farsi details Firoozeh’s life, and her experiences of growing up as an immigrant, learning to love her culture, her family, and more. Born Standing Up discusses Steve’s life, both through his jobs in comedy, and the quieter parts of his life that before now were left unknown. Through our readings, we found many interesting sections, plots, and characters that we further explored in the podcast. Today, we discussed the themes present in both, the styles of storytelling, the use of characterization and more! We hope you enjoy it!
Listen to our Podcast Here!
Posted by Amaya Lam in English 1 · Giknis · Y Band on Sunday, April 28, 2019 at 6:40 pm
Strayed and Found Podcast
Group Members: Amaya Lam, Josie DiCapua, Ella Newburger, and Miles Menasion
Book: Wild by Cheryl Strayed

Today’s podcast focuses on the memoir titled Wild by Cheryl Strayed. Wild is about one woman's journey of self discovery as she hikes the Pacific Crest Trail after her mother had past away and her marriage fell apart. This podcast explores the themes, and the literary devices, along with opinions and analysis of the plot, and it’s meaning.  In addition, we also talk about the importance of the title and how people and environment have added to her character development. We wanted to further develop our, as well as our listeners understanding of the memoir as well as strike a conversation about an already thought provoking piece of literature. We try to keep a serious tone out of respect as well as a light heartedness in order to balance the overall atmosphere of the podcast. As a precaution, of course, SPOILER WARNING! 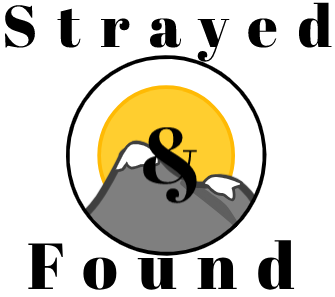 Book: The Color Of Water

Through this podcast, we explored the book, The Color of Water, by James McBride. The memoir details both the lives of James McBride and his mother, and focuses on the ways his mother’s story and identity influenced his own. This podcast was designed to create an in-depth conversation analysing the structural and stylistic choices made by McBride, as well as how those decisions brought the novel to life. We chose to look at certain elements, such as the title, character development, structure, parallels, and themes, and connect it back to the impact of the story and our own lives. Join us throughout our exploration, and discover just how James McBride’s powerful storytelling brings The Color of Water to life.

In order to demonstrate our understanding of the play Macbeth, we chose to create a mockumentary-type film, following the efforts of the yearbook committee as they interviewed the students of their school.  These students were all characters from Macbeth, and the project thus allowed us to take a deeper look at the characters themselves. By including the interviews, we were not only able to reflect the soliloquies and such from the play, but it also allowed us to predict what the characters would have been like in a modern school environment. This demonstrated our understanding of the text and the characters as we had to mold the speech, the actions, and even the body language of those in the film based off of the play. We also created a few yearbook pages to reflect the video and the characters. The yearbook depicts the graduating class of 1022, which is both a reference to the year that we will graduate, 2022, but would also have been the year that the characters would have been seventeen or eighteen years old. In addition, on each of the pages, we chose to add a small symbol that would represent each character. For instance, for Banquo’s page, a ghost was added. This is both echoing the supernatural theme throughout the play, but is also due to Banquo’s presence as a ghost that haunts Macbeth. We also picked quotes from the text for the majority of the characters, to show the reasoning behind the selected character traits.

The purpose of this project was to take a closer look at the characters in Macbeth, and to use the text to apply their characters to a more relatable setting. The film follows the work of the Scotland High yearbook committee. In order to gather the information needed to create the yearbook, they conduct a series of interviews on all the students of the school. The yearbook is a compilation of the information gathered in the interviews. It not only records the information gathered, but also provides a deeper look into what their personality is meant to be like, and shows some of the evidence supporting these conclusions is from in the quotes.

Here is our video: Scotland High

Here is a link to Iris's page (My project partner)

Posted by Ganiah Bracy in English 1 · Giknis · Y Band on Wednesday, January 16, 2019 at 12:13 pm
Track List
What If...
This song is dedicated to MG’s imagination. This is how we feel the play should’ve ended.
The Death of Macbeth
This song is dedicated to the main character in the play Macbeth, named Macbeth. Our contribution to him.
Unreliable
The guards in Macbeth whom were supposed to protect King Duncan, and failed miserably. Its sad how unreliable they were and how much trust was put into them.
Betrayed
Banquo, Macbeth’s best and only friend was murdered. He was murdered by his friend Macbeth. This is MG’s Contribution to Him. R.I.P Banquo.
The Story of Lady Macbeth
Lady Macbeth was Macbeth’s wife. She was his partner in crime and had endured a lot and changed dramatically. We think you deserve to know how.
Lil Duff
Lil Duff was Macduff’s son and very young. He was murdered by some murders Macbeth hired. This is G from MG’s favorite song on the whole album, and is written, and intended to be sung to the tune of Gucci Gang, by Lil Pump.
Fly boy, Fly
Fleance is Banquo’s son. He was present when his father was being murdered. Before his father died, he told his son to run for his life. That Fleance did. This song is MG honoring that tragic scene.
All hail Malcolm
Malcolm became the rightful King. After Macbeth was slay’n by Macduff. I feel he deserves some honor and contribution. People were hoping he’d become king and were super happy when he was promoted. -G from MG
It’s Macbeth
Macbeth’s actions led him to become a cruel tyrant. This is MG’s take on this, written and intended to be sung to the tune of I’m Upset, by Drake
I know things you don’t
When Lady Macbeth starts to become very stressed out and can’t sleep. Her hand maid and  a doctor observe her sleeping. The doctor tries to ask the handmaid questions but she refuses to speak. Then they see Lady Macbeth unnatural actions in action. This is MG’s interpretation.
Click below to see Miles and I final Benchmark project.
https://docs.google.com/document/d/1gNFDVgf8NnlN83NWx-zIcRxpL1_NQ6stjKMyif71g6M/edit?usp=sharing
This album Contribution and Honor is a poetic and musical twist on shakespeare’s Macbeth. We decided to do an album, because Macbeth, the play was music content rich. Plus music is fun and entertaining. The name contribution and honor came to me in a dream. The meaning is to contribute to fun learning, while honoring shakespeare. The My teacher Ms. Giknis taught us about Shakespeare, while keeping us entertained. When writing the songs, we thought that dedicating each track to a character would bring out the highlights of the story, and the compelling characters within it. Hence the name honor and contribution. By providing you with sample song Lil Duff. MG hopes to educate you and entertain you! Enjoy!!!
Click here to see our final creation. By my partner Miles and I.