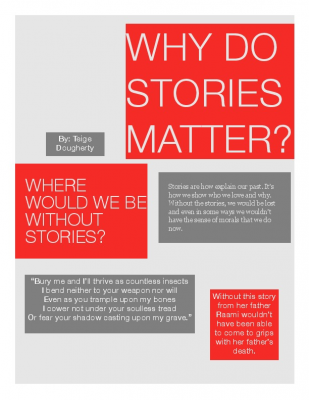 1. "for every two people in Annawadi inching up, there was one in a catastrophic plunge".

3.  "for every two people in Annawadi inching up, there was one in a catastrophic plunge"

4. "for the poor of a country where corruption thieved a great deal of opportunity, corruption was one of the genuine opportunities that remained".

5. "a smogged-out, prosperity-driven obstacle course... from which wads of possibility had tumbled down to the slums"

6. "Everything around us is roses," Abdul's younger brother, Mirchi, put it. "And we're the shit in between."

1. One thing being, the authorities harsh ways of taking unnecessary actions. They take things way too far and they know they are. The police are purposely being mean.

2. I feeling like Abdul would never do anything to harm or endanger his family. He does everything he can to keep them safe.

3. It’s hard to read this book and try to put yourself in the situation, since the things that occur in this book are far from our lives here today.

4. After reading this weeks section, I found myself feeling sorry for these characters. More so than I did previously.

5. The characters of this book really gives me an in depth detail of how an individual lives in the slums.

6. Katherine Boo was not just one of those typical Americans who goes to a third world country and writes a sympathy novel, she wrote a great book with a story.

1. A lot of slum schools that hold orphaned children are based off of praying and hope.

2. Many people give back to those below them, because they once were in that position as well.

3. Very religious. Everything has a reason behind it involving god.

4. “since there is no running water, many kids get sicknesses and diseases. So we are praying that god will give us working wells to get them clean water”

5.  A lot of togetherness, no one is really left behind or alone.

6. Since they don’t have many resources in the slums, they take whatever they do have and make it work for the best.

7. People that aren’t in the slums, such as Americans have so much sympathy for the slum children.

8. The people/ children living in the slums idolize Americans and see them on such a higher level.

9. Unity plays a big role in the lives of these people.

10. Slum schools are a huge safety net for the uprising of those children

11. Life seems harder for them, and they still try their hardest

12. Many people care, and try to make an effort to help.

topic question- What makes the slums?

Using quotes from my outside source as well as my book to shape my infographic. I will also include many pictures. Since this is more of a visual representation I am going to keep all photo descriptions and information to a minimum. Though still enough to make it informational.

•    Political commitment to overthrow the goat made by the 4 sisters

•    Minerva is being courted by Trujillo

•    Minerva slaps Trujillo across the face!

•    The sisters used the false name to identify themselves as "butterfly"

•    So much death and violence

•    Complete destruction of a country by one man

Quotes from the feast of the goat:

•    “The Chief’s limousine pulled away leaving him in the stinking mud hole, General Jose Rene Roman was trembling from head to toe, like the soldiers he had seen dying of malaria... He waited for the trembling to pass before walking to San Isidro Air Base. The guard on duty was shocked to see the head of the Armed Force appear on foot covered in mud.”

•    “Abduct him? That’s bullshit! As long as he’s alive nothing will change. You have to kill him”

•    "I am writing out of civic duty to protest the affront to Dominican citizens and to the unrestricted freedom of expression which the government of General Trujillo guarantees this republic."

•    ''He had more or less all the common traits of a Latin American dictator, but pushed to the extreme. In cruelty, I think he went far far away from the rest -- and in corruption, too.''

•    “But all of them had to confront two closely linked problems: how to conjure up an evil that had once grown in intensity and pervasiveness until it became almost unutterable; and more generally, how to incorporate into a fictional structure such a well-known and infamous man without simply rehashing the archives of history.”

Quotes from my own work:

•    "He turned an accomplished boxer and award winning courageous military leader into a sniveling child left in the mud to walk back to base after being beat."

•    "Urania speaks of a man thankful for the rule of the goat, for putting the Haitians in their place and bringing them into a modern era."

•    "This concept was interesting, the people had been oppressed for so long that they were happy with this dictator"

•    "Urania reveres the men who fought against his dictatorship and say they were few and far between."

•    "Trujillo has kept up his image even through these times of political crimes, and why the people have yet to revolt. I'm hoping the more modern perspectives bring answers to this."

The Feast of the Goat

In the Time of the Butterflies

Article – In the Background: Life in a Delhi Slum