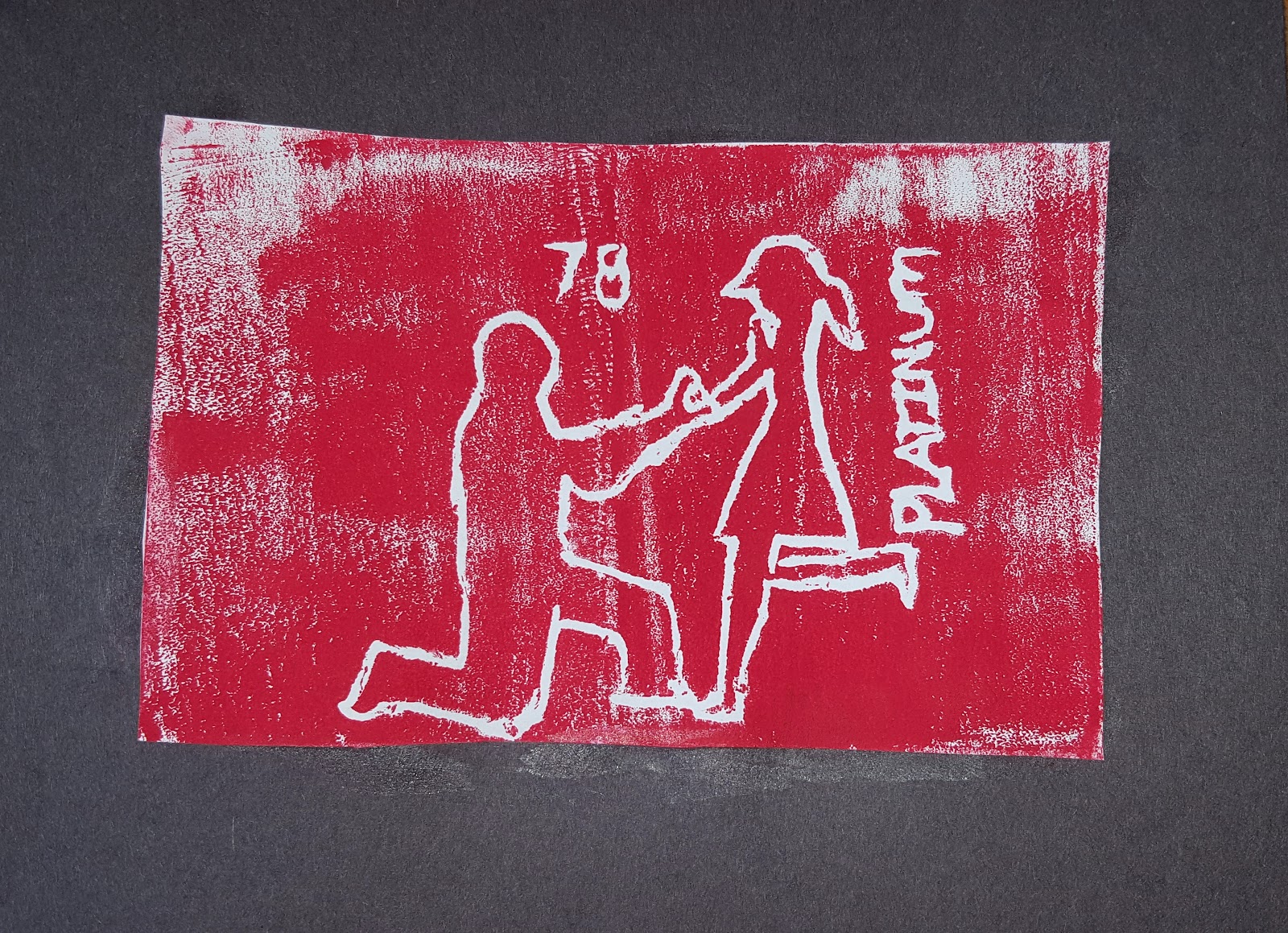 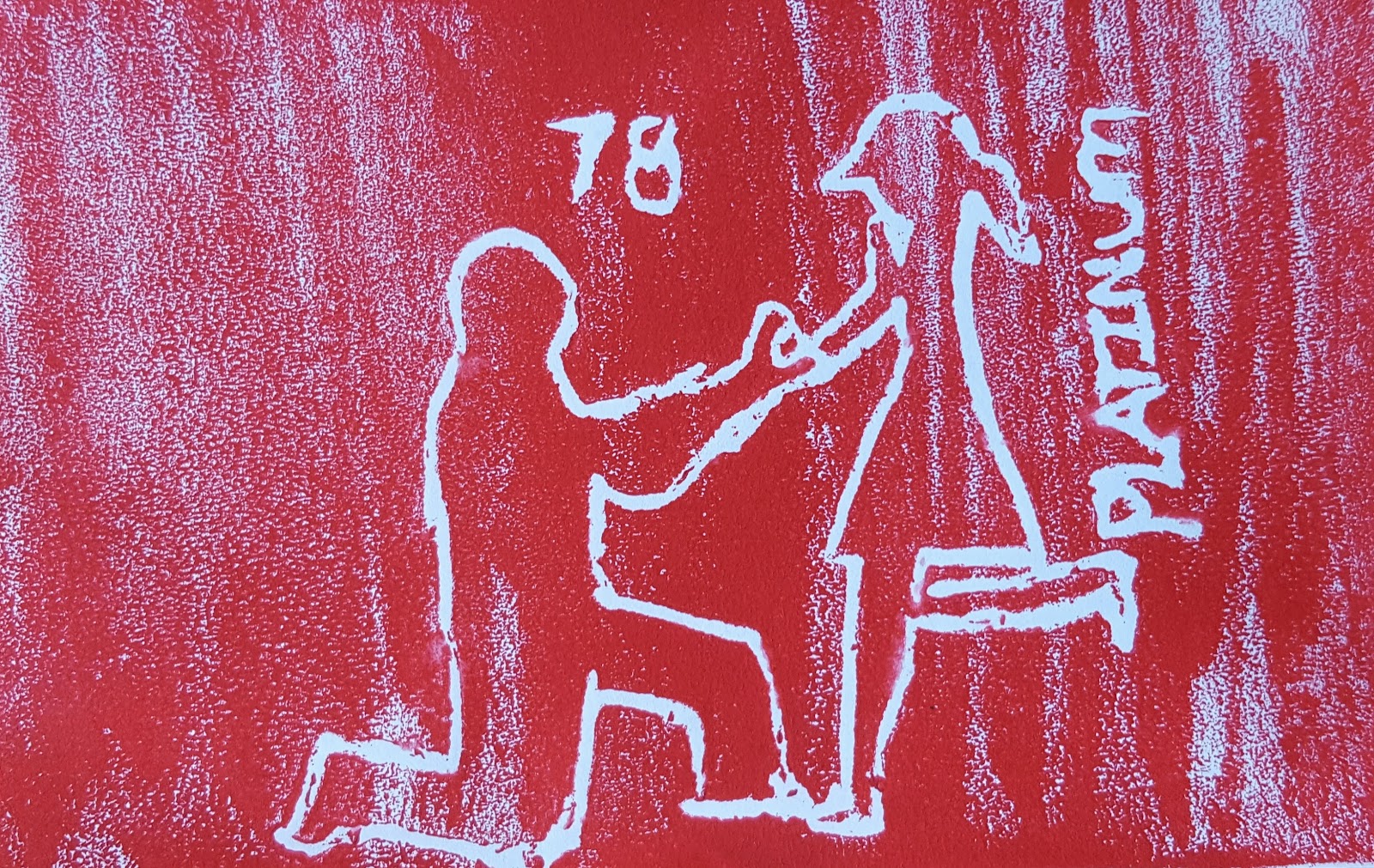 My element is platinum. My atomic number is 78. Platinum was first discovered in South America. The first written account of him was Julius C Scaliger in 1557. The origin of its name is “platina” which means little silver. Platinum is used for jewelry, catalytic converters, and dental work. I am making a print design to represent platinum. I thought of this idea because platinum is used in jewelry. Many people use platinum to represent their commitment with a ring. This print had the best image in my mind. First, I did research and I found many different uses for it. I found out that people use it in jewelry. I thought that the most perfect idea would be to represent commitment. I came up with many different designs to represent platinum. I finally came up with the perfect one. I had traced my idea onto the tracing paper. Once I was finished, I flipped the printing paper backwards and retraced over it with the foam board. I then got the foam board and rolled paint onto it. I pasted them down onto a blank sheet of paper. I selected the best three, matted two of them and unmatted another one. If I were able to redo this assignment, I would come up with a more precise design. I could use more details within the design of the dress and make it very detailed. I would trace my lines more accurately.

Printmaking was quite exciting! The best part had to be the ending. When I used the roll to paint and pasted it down onto the paper, I was anticipating how well my prints would turn out. I would slowly lift the paper peeling it hearing the paint and the paper sticking. The end results were so fascinating. The negative and positive space were so contrasting. Printing down my own designs was really fun. It was a great new experience! I can't wait to design more creative prints on my own. 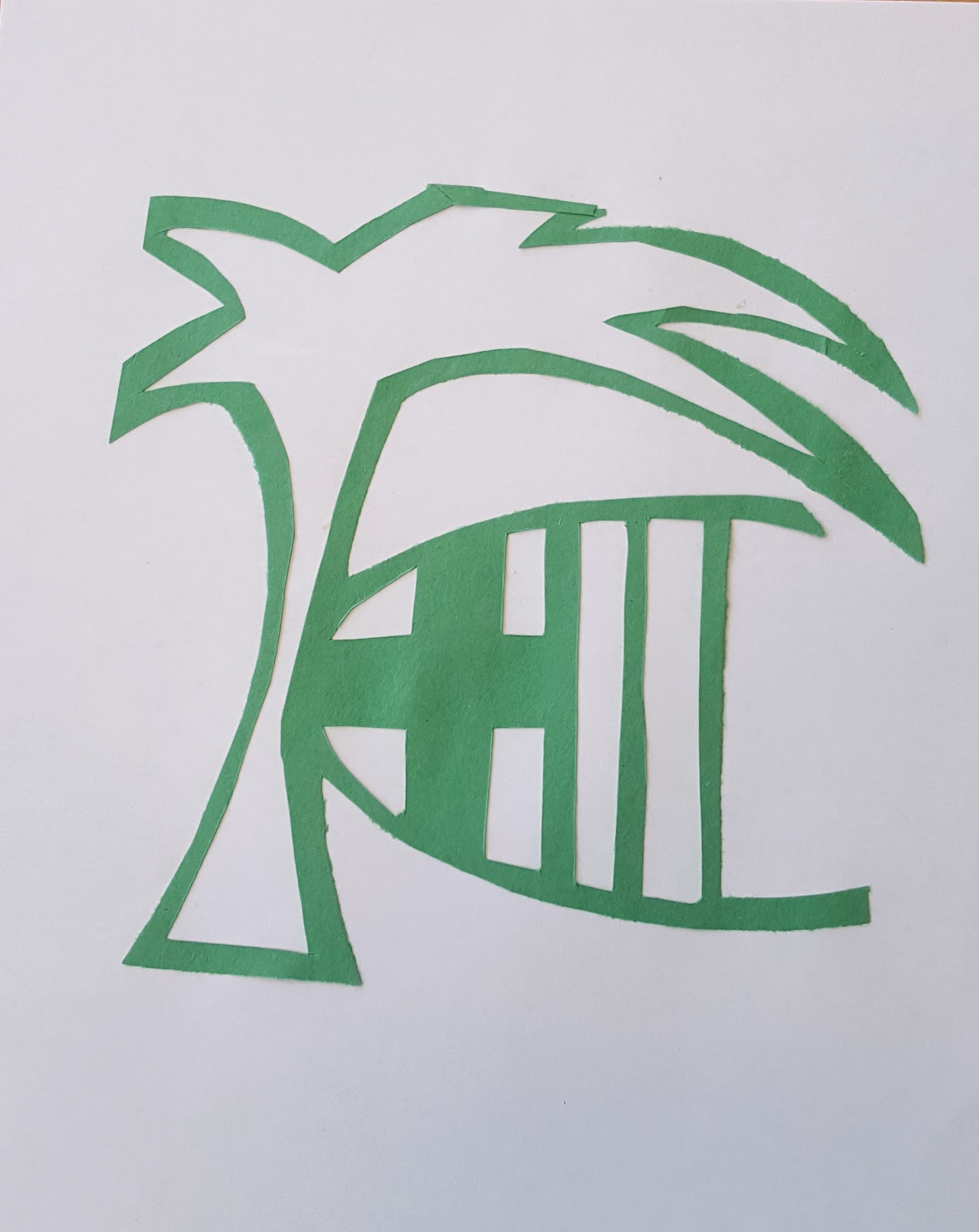 In this assignment, I created negative and positive space. I expressed myself through this design. I had the letter C for the first letter of my name. Inside there's an outline of the Dominican and Salvadorian flag. My parents come from El Salvador and the Dominican republic. They are a huge part of me. I love my parents. They're apart of how I became the person I am. The first step I had to take was to think of 10 adjectives to describe myself. The most important one to me was my hispanic culture, my name, and family. I decided to combine these things into a symbol. Also when I visited the Dominican Republic, the palm trees were beautiful. When I think of these places, the palm trees are the first things that come to mind.

I had to figure out negative and positive space. Originally, I had a line drawing that didn't show positive and negative space. I colored my whole paper in pencil and created eraser marks to create my design. This strategy helped me understand how to understand this concept. Another concept that helped me was when I colored in the positive space so I could identify my mistakes and fix them. I realized I should focus on how the design will look afterwards when I cut it out. I have learned how to create my design and properly understand them. The vision in your head must be shown through the negative and positive space concept. The positive space is the main focus of the picture and the negative space is referring to the background. Practicing new strategies and testing them out independently really helped me fully understand it better.
Posted by Clari Herrera in Art - Freshman · Hull · c2 Band on Friday, April 28, 2017 at 9:59 am A. What is negative space (explain this concept to a fourth grader that has never heard of it)

Negative space is the space around the subject of an image. It's the outside.

B. Explain how you found negative space in your cut out?

I realized that all the outsides gets cut out becuase its surrounding the outside of the subject.

C. Why does it help an artist to see in negative space?

You can understand the composition of the work of art. You can have a far better understanding of art.

D. Does seeing in negative space enhance drawings, why or why not?

Yes, it helps you focus on the subject of the picture. The negative space and positive space is viewed differently.
Posted by Clari Herrera in Spanish 2 · Hernandez · A Band on Monday, March 13, 2017 at 8:35 am 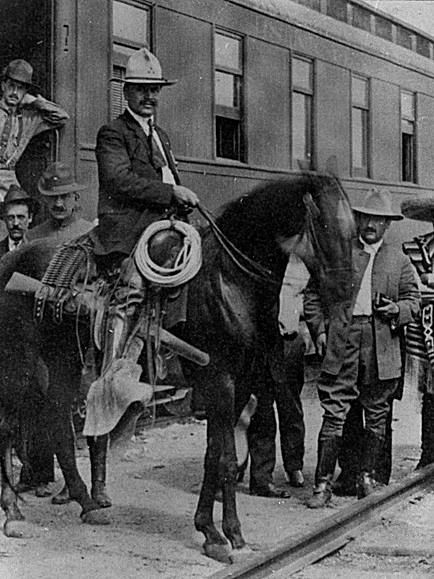 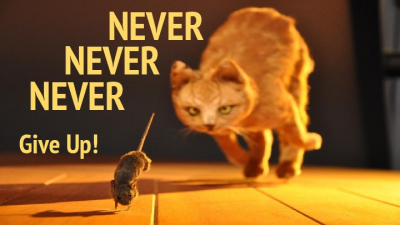 Through this assignment, I learned how to take a whole bunch of information and create it to be one slide with one point. In the beginning of this assignment, I thought I had to include a lot of unneeded information, but I just had to follow exact directions. I also learned how to contrast in color and at the same time, make the color fit well with following colors displayed as well. I learned how to involve different colors, texture, and value to the slide. There was also a good amount of variation of brightness. I had some rhythm which is the principle of design that indicates movement. I also learned how to follow the requirements correctly. In this case, I decided to make it visual, have one slide with one point, make the font bigger, and contrast whether it’s in shape, color, or size. Another thing I realized is that the slide should not be overwhelmed with information. This should be a billboard with certain qualities of a street billboard. The main part of this assignment allowed me to follow directions. I should do exactly what I was assigned to do. I made a couple changes to my slide. My classmates had gave me critiques in order to improve my slide to meet all of the needed requirements. This may be difficult to do at times, but it’s always good to get suggestions and feedback in order to do better. I was recommended to play with the spacing, color, and size of the words on my slide. On this second slide, I tried to do exactly that. This preparation for this slide required a lot of research which is the most important part. It’s very crucial to follow exact directions when it is given to you. If you don’t do the correct research, you could possibly be doing everything completely wrong. I learned the importance of research and doing exactly what I was asked to do. 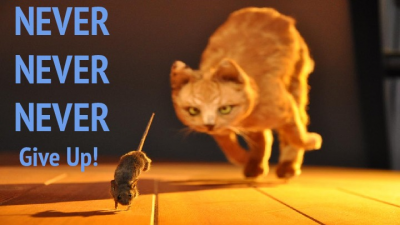 Why did you make it look the way it does?

I made my slide the way it looks so I could involve different colors, texture, and value to the slide. I also had some rhythm which is the principle of design that indicates movement.  I wanted to make it visual and to have one slide with one point, make the font bigger, and contrast whether it's in shape, color, or size. I believe this assignment should not be overwhelmed with information but a billboard with certain qualities of a street billboard. I decided to make mines funny because a billboard should be very memorable. As I have stated, I wanted to provide a visual demonstration of my message. It may seem a little odd and irrelevant to my magazine, but it actually shows a common message throughout my Me magazine slide which was to “Never never never give up!”

I asked myself this question, “What phrase would show a complete overview of my magazine article?” I decided to make a funny memorable slide and display my idea regarding my me magazine in within one line. I made 3 different slides so I could decide which of the 3 was the best one.

What influenced your decision making?

I was considering applying a lot of unneeded information. But since we are required to include one single phrase, I decided that never never never give up would be a cool memorable way of showing a quick overview of all that I'm trying to communicate. It’s very difficult to come up with one single phrase to explain and entire magazine of myself. I also wanted to make it more memorable amongst others so they would understand the idea. The small mouse was escaping the danger coming his way from the cat that was going to attack him.

-The devices I have connected to my internet connection are 3 cell phones, a tablet, and a laptop.

-At first I didn’t really know much about my home network, now I have a better understanding of it. The coax cable connects to the modem router which gives an internet connection to all of your devices. Also, I would like to mention that creating an actual visual diagram is very helpful for you.

-I could tell other people to actually pay attention to everything that goes on in their own Home Network so they can have a better understanding and to be aware.