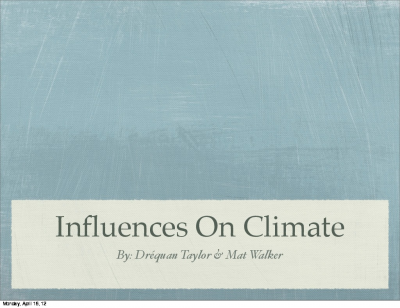 Posted by Dre'quan Taylor in English 3 - Pahomov on Friday, March 30, 2012 at 6:21 pm
This was a pretty cool project. Most of my groups project was collaborative because we didn’t really want to break it up a lot, but instead do it mostly collaboratively. But there were some portions that were individual of course. My individual role was to get statistics and find places that would let us interview a few people and getting my things for the fund raising bake sale. Other than that I contributed to everything else we did as a group like get the slogan, make questions to ask the homeless people, helped with the overall idea, went throughout the city to go to these places…etc. There was a lot that actually went into this project, and there were a lot of challenges, but some could have prevented I guess. The overall design was also collaborative, but the design of the website was Cece’s idea. We had a few challenges with getting the bake sale organized, getting our posters printed, and the biggest challenge was getting in contact with the places and actually getting to interview the homeless people. On one day we traveled all over center city for a couple of hours and had no success.  But in the end we managed to et everything together and present our final project. We also managed to get an interview with a homeless person. We all came together to make the success possible for the bake sale and for the time to go running around the city, and for getting everything we needed to get to make our project a success.

Posted by Dre'quan Taylor in American History - Herman on Saturday, January 21, 2012 at 8:22 am
​Our website is about African-Americans breaking the Color barriers of major american sports.

Our Benchmark
Posted by Dre'quan Taylor in English 3 - Pahomov on Friday, December 2, 2011 at 9:29 am
​I remember one summer afternoon when i was nine years old. I was outside playing football with the rest of the boys on the block, and a few of my cousins.We were playing football in the big alley across the street from my house. When i was in elementary school i got out of school at 2:00 so i was out of school before a lot of older kids. So we were playing football for a little while. Then before we knew it, it was 3:15 and we saw the kids from turner high-school walking over the bridge. My grandma was across the street watching us, but when she noticed that the turner students were coming over the bridge she told us to come back across the street to my porch. She knew that they were typically delinquents, and probably wanted to start trouble. So we all decided to race across the street. We said " Ready, Set, GO.! Then we all took off and then out off nowhere a car came flying around the corner. All we heard was skuuuuuurt BOOM.! Everyone around me realized that i was hit. It took me awhile, but i managed to open my eyes, while i was crying and noticed that there was blood everywhere. The ambulance eventually came and so did the cops. I left with the ambulance, and the man got multiple tickets. The main one was driving with an expired license. The reason he hit me was, because he claimed he didn't see me running across the street. I strongly believe that once you turn 60 you should never control a motored vehicle again in your life. By the way the man was 62. I think that old people senses and motor skills are significantly worst than average age people, and it should be illegal to drive once you turn 60. Most older people have to wear glasses and or hearing aids, take medication, and don't pay attention to well.Now he has no license, so he should not be driving.
Posted by Dre'quan Taylor in American History - Herman on Monday, November 7, 2011 at 9:29 am
The Projecthttps://historysweethomephiladelphiabm.wikispaces.com/BM+Work
Posted by Dre'quan Taylor in Spanish 2 - Bey on Friday, November 4, 2011 at 5:59 pm 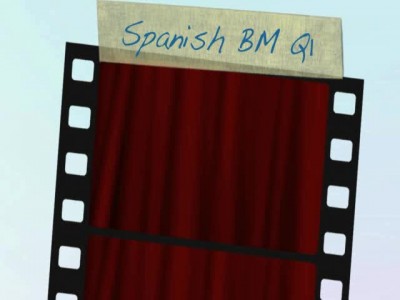 Posted by Dre'quan Taylor in English 2 - Pahomov on Wednesday, February 23, 2011 at 5:51 pm
This is a cool story and kind of tells you how not to enter a certain object. What that is well you will have to listen in for the rest of that. Lets just say that his ride was a little bit more exciting than a usual ride. Also an unorthodox entrance.

What Did You say

“Yo Dré those ya sneaks?” I said

“Yea bruh those mine” he replied

“Yeaa these the new one’s”

Since I was 11 years old I have been going to Orlando, Florida every summer. I usually stayed there for most of the summer and came back just before school started back up again. Every year I would go down there I would adjust to the different words they used down there, that I didn't use when I was in Philadelphia. The first few times I went to Florida with them, I would get lost with the words they were saying, because I was not used to them, I didn't know what they meant, or what they actually said sometimes. When I would come back to Philly and use the words that I had heard and learned in Florida people would look at me strange and ask me "what did I say?" or they would be like "what is that?" It was like when I was in Florida they would not understand some of the things I would be saying and when I left Florida the people in Philly would not understand everything I was saying. Last year when I was in Florida My god brother, his friends, and I were playing Mortal Kombat. I was playing, and I was trying to do combos so I could charge up my special move for the boss. The boss came and I had three bars filled and I thought that was enough for the special I wanted to use, but I needed four and I didn't know that until I tried to hit the special button, and a message popped and it said I needed four. While I was playing I was said "oh dang I didn't know you needed four of them jawns" Then I asked them "Did you know you needed four of them jawns?"  They all immediately looked at me and said “what did you say?” “This the second time you said that today.” “What are you saying john?” We went on for a while about what I was saying and what I meant when I said it. The crazy thing is my dad had called me later on that day, and I had him on speaker-phone. He was asking me a question about madden, and he said the word jawn as well and they were all said “what?” with that confused look on their faces like I know he didn’t just say that.

In the story “If Black English Isn’t a Language, Then Tell Me, What is?” by James Baldwin there are a few things that he says that catches my attention my attention and makes me think. I do like one particular quote that he used in his paper. He said “ It goes without saying, then, that language is also a political instrument, means, and proof of power. It is the most vivid and crucial key to identity: it reveals the private identity, and connects one with, or divorces one from, the larger, public, or communal identity.” I believe that there is a deeper understanding to this quote, and I believe that the deeper understanding is that the way you speak(how you pronounce your words, and the way you say them) affects how you are viewed. It also says that the way you “speak” affects how much power you are given & your identity. They way a person speaks is a main way people assume your race or judge you. F.e if I were to call up a business office trying to set up a date for an interview speaking “black English” or slang instead of formal/proper English there would be a few different things that the person im talking to on the phone would be thinking. One he probably wouldn’t want to even set up an interview with me because of the way I talk, and there is a great possibility that he assumes that im black because I use slang, and not pronounce all of my letters. Everything we say comes down ultimately to what we are saying and how we say it.

To me this quote means that our voice and speech is more powerful than we know. The thing humans are most judged by besides there skin color is their speech and the way they talk. I think that the way a person talks has a great influence on much how much power or respect that they are seen to have in life and society. A person with a speech impairment has a lot less likely chance of getting a job such as being the president of the United States than a person who speaks formal/proper English. Language can be the most powerful tool a person can have that they can not necessarily control in a lot of cases.