I chose to base my capstone off of a new interest of mine, real estate. My interest is in flipping houses, and the process, from beginning to end. My dad is a self employed real estate developer who buys buildings and fixes them. Sometimes he will sell the buildings and other times he will rent them to other people. For 2 months we visited a house he was renovating, I asked him many questions relating to real estate and the process of buying, fixing, and selling a building. I chose this topic specifically because I am interested in pursuing a career in real estate. I hope you like it. 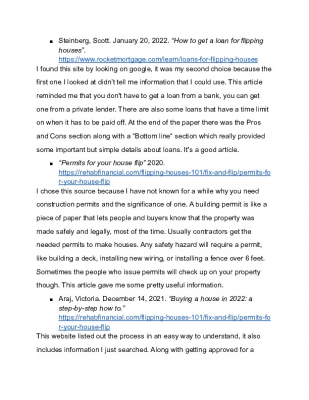