In this essay my main goal was to show negligence we show as a nation to international problems altogether , but solely as Americans do we have an obligation to strangers? The question I’ve been trying to solve throughout this whole unit, though there are many different answers to this question, I showed my point of view when answering this question.

Introduction; When writing this essay, it took a couple of tries until I found a topic that actually came from me. I knew from the beginning that I wanted to write about the time when I visited Mexico for the first time, but I wasn’t sure exactly what I wanted the takeaway to be. For the second scene, I found myself lost, now knowing how to connect my ideas, but then something clicked in my head I knew I could write about when I got chosen to go to Ecuador in 7th grade. I knew that many people don’t get the chance to travel, let alone so young and both of those trips were unlike and similar in many ways. Life in Central America was very unlike our day to day in the U.S. I felt proud being able to share my experiences in this essay, because I got to tell a little about my origins and my thoughts on life. One way I would like to improve my writing technique is to use more sensory details, like I tried doing in this essay, but also being able to describe what I’m thinking at the time and paint the setting for the reader.

How far does your ego take you

How far are you willing to go, in order to conserve your power? In The Lord Of The Flies by William Golding, has his cast of boys constantly fight for control over the group. This is shown with one of the main protagonists, Jack. He is always in a constant battle over the protection of his power, ultimately leading to his downfall. An example of this in the real world is when President Richard Nixon attempted to maintain his power by orchestrating the Watergate scandal in 1972. Jack’s character shows that the eagerness towards conserving power, ultimately leads to a greater downfall?

Could you imagine yourself attempting to kill someone, just because cause you seem them as threat to your power. For starters, in the book The Lord Of The Flies by William Golding, the book starts off with a group of school boys onboard a plane evacuating from Britain's nuclear war, when suddenly the plane gets stuck down, the schoolboys are the only ones to outlive the plane crash. Jack, one of the older boys is consistently at a battle over conserving his position as chief, over the younger boys. Jack sees Ralph, another one of the older boys as a threat to his power. On page 127 Golding says, “hands up,” said Jack Strongly” “Whoever wants Ralph not to be chief?” The silence continued, breathless and heavy and full of shame. Slowly the red drained from Jack’s cheeks, then came back with a painful rush. He licked his lips and turned his head at an angle, so that his gaze avoided the embarrassment of linking with another’s eye.” We constantly see Jack, having to prove that he is worthy of being chief. Jack says, “I’m going off by myself . Anyone who wants to hunt when I do can come too.”(Golding 127) “At last the immediacy of the kill subsided. The boys drew back and Jack stood up, holding out his hands.”(Golding 135) “Roger spoke. “Chief-.” Jack sees Ralph as a threat to his power, so we see Jack proving to the boys that he is worthy of being chief.

Moreover, throughout the book  we see Jack as this strong, savage character but I believe that he is truly frightened, that he will be stranded on this island forever. Ralph is seen at a constant battle over power with ralph, he see Ralph as a threat. Ralph, becomes this savage boy making everyone fear him, “They made us . They hurt us-” said the young boys. Ralph soon learns that Jack has sent out a hunt for him, on page 194 it says “The chief and Rodger-.They hate you, Ralph. They’re going to do you tomorrow. They’re going to hurt you tomorrow” Jack’s eagerness to sustain his powers leads him to make savage decisions. Jack is so caught up in trying to hunt down Ralph that he isn't fully conscious of his decisions, “The fire must be almost at the fruit trees- what would they eat tomorrow?”(Golding 198) Jack lights the whole forest on fire when on his mission to kill Ralph. Unconsciously of his decisions, he burned down their source of food, how would they survive. What would they eat, if Jack had burned everything down. Jack’s need to maintain  power ultimately leads to his downfall.

Subsequently, we see an example of greediness to maintain one's power lead to their own downfall, in 1972’s Watergate Scandal, when President Richard Nixon re-election committee set up a burglary at the Democratic national committee headquarters. The burglars were caught stealing important documents and attempting to wiretap their  phones. At first President Nixon, denied all allegations to the scandal, but soon came to light that his re-election team had orchestrated the burglarization. President Nixon was winning the election by nearly two times his opponent, but that wasn't enough he wanted to win by the biggest margin ever in a presidential election. He had set out to sabotage his opponent, his eagerness to protect his power, lead him to his own downfall

Furthermore, in the 1940’s we see Japan at war with China. Subsequently, we see Japan peace talk with the United states, but then we see the United States send assistance to China during war, Japan doesn’t agree with this and decides to interfere by sending the United States a message, resulting in the Pearl Harbor attack. 183 aircrafts from the Japanese navy attacked the United States Naval base at the Pearl Harbor. Japan had seen the US as a threat to its power, so they decided to try to put fear into them, so that they wouldn't interfere with the war anymore. Japan was eager to protect its power over Pacific. Japan’s objective had failed tremendously because at the time of the attack, they missed oil tanks, ammunation sites and not a single aircraft was present during the attack. The US didn’t let this just slide by, they planned a counteract that would take place when the japanese least expected it, Japan’s commander had set out another attack, but the US intelligence was able to decode and listen on to it’s plans, and when their army was caught refueling that’s when they were attacked. The US was not in the World War II, but as a result from this attack, the US  joined World War II, this victory allowed the US and its allies to move into offensive position, eventually leaving Japan to surrender from the World War II by 1945. Japan was so worried in taking out it’s competitors to remain in power that it didn’t realize the chaos it would create for itself leading it to its downfall.

Many themes immersed, we observe that someone’s eagerness to maintain their power, can lead their downfall.  President Nixon, was so caught up in trying to get reelected, that he did some illegal actions leading him to resignation. This can be related on how Ralph and Jack were always at a constant fight for power, Jack had seen Jack as a threat to his power and he took some savage decisions to try to remain in power, leading to his and everybody’s ruining. Lastly, we observe this with Japan’s Pearl Harbor attack against the United states, they had seen the US as a threat to their power. This attack triggered actions to follow leading them to their surrender in World War II. To conclude, as shown above we observe that someones eagerness to remain in power ultimately leads them to their downfall.

“Watergate: The Scandal That Brought Down Richard Nixon.” Watergateinfo, watergate.info/ 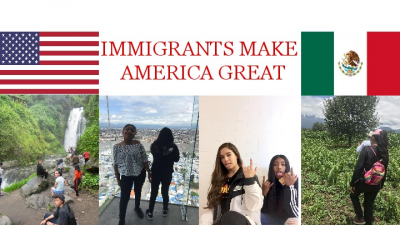 Posted by Hillary Hernandez in Technology - Freshman · Hull · d1 Band on Tuesday, November 21, 2017 at 11:17 am
This presentation was very interesting to me, but at the same time very confusing for the fact being that I didn't know if I wanted to do words or pictures. Words had caught my attention at first seeing how you could do different hue's and different sizes and fonts. Pictures also had caught my attention, saying how they could represent multiple things. For my slide I decided to do one quote that spoke to me and different pictures that spoke to me or had a sentimental value to me. All thease pictures are with people I adore and that have a special place in my heart and I feel like that describes me, because I can be a very caring and friendly person. I hope my slide can come through as that 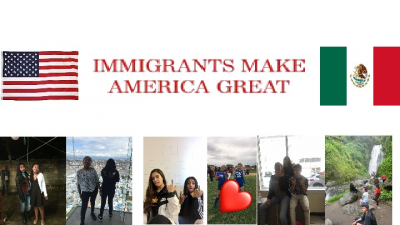 Posted by Hillary Hernandez in Technology - Freshman · Hull · d1 Band on Friday, October 20, 2017 at 8:42 am
So at my house we have a modem that 's with A DSL cable and a wireless route and than that connects to our Wireless printer and our phones, laptops and Tv's.
What I learned was that there was so many parts to the internet and how it works, I really didnt know how it worked until know
To be careful with their internet