In the briefest terms, my project consisted of mimicking an accessory to blockbuster films. Camera cars; are normal cars but with cameras strapped and wrapped to the top of them being able to flux on close to about 5 different axes. When I originally planned and mapped out this idea, I was under the impression that I’d be able to make what I wanted, with the vehicle of my choice; enter the Kamera Kart. The kamera kart was originally supposed to be a rudimentary product that could squeeze the fun out whether you were recording or just simply cruising for fun. I was under this impression until a hiccup in the process happened and required me to switch gears (quite literally and figuratively) and move over to a car.

after waiting for some time to hear back from my mentors I was finally able to get down to business. but that business needed to be done in a short amount of time, which put me in quite the pickle, but after coming to terms with that, I decided to just craft up a prototype of what my masterpiece could look like.

what you see before you is my initial attempt at creating a miniature scale camera car. a lot of tedious mental effort went into this project. what once was supposed to be a go-kart with a camera on it turned into almost a full-scale camera car

below is my first rendition and the process of me creating it.

My capstone is a 13 minute video about the class of 2022’s high school experiences. This includes interviews of students and videos students took throughout high school. The project is meant to give incoming high schoolers an idea of what their high school experience may be like and to allow current seniors to reflect. Although my final product is not what I had previously thought it would be, and there were a lot of scheduling issues and filming mistakes that I would change if I could, I am proud of what I created. 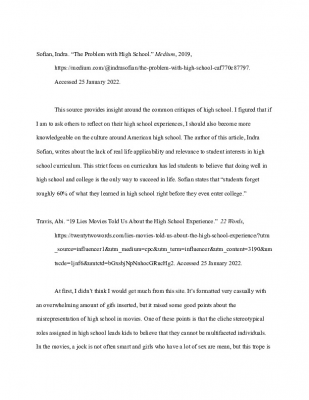 My project was to build a community through a super smash bros tournament. I did this by making a tournament and getting a bunch of different people to come, then recording the whole thing and making it into a documentary style video. When I started this project, I along with many SLA kids had very unrealistic expectations for my capstone. I wanted to do the biggest and grandest things for this project but I quickly realized that I couldn’t do all the things I had planned for this project. So as push came to shove there was a lot of stuff that I wanted to do that I wasn’t able to do. Things like starting a social media campaign or livestreaming the event. Even with the things I took out I still had the workload of 2 capstones. I had to start off by making all the rules for the game and finding out all the logistics that were going into this tournament. Number of players, Number of Switches, Camera equipment, and stage lighting were all things I had to do. I then made sure that the event was going to run smoothly by getting people to go and assist me. I think the coolest thing I had to do was figuring out how to work the mics in the auditorium. After the actual event happened I still had to go through the hours of footage I got and piece together a documentary.

Posted by Oluwadamilola Akinboro in CTE Senior Capstone · Ugworji/Ustaris/Spry · Wed on Wednesday, May 18, 2022 at 2:45 pm

My capstone project is a 15-minute documentary about some insight into Nigerian culture and traditions. It doesn’t cover every single aspect, but I tried to include as much as I could within the time frame. The process of this documentary started with planning what the running theme would be, who I should interview, and then the materials needed and where I would go. I also had to keep in mind of the scheduling. Then after filming each interview (which did not happen all at once) I had to begin editing which took weeks to finish. This was not easy, but I was eager to get it done since I’m very passionate about Nigerian culture and video/film production. This video focuses on Nigerian clothing, perspectives, food, and music.

My Capstone project was designed to consist of three parts. Two designed costumes, two completed costumes, and a screenplay in which the costumes would be worn by characters within. Through all of these things I wanted to explore the way that art methods as well as style fade in and out, and how older mediums are recycled over time. My costumes in particular are inspired by the elaborate details of Victorian era costumes. Though back then the costumes would have been used in party settings or possibly on stage, my CTE program requires my project to relate to film specifically hence the my aspired screenplay utilizing my costumes in picture.

Due to overestimation of my ability to use time wisely, I was only able to complete about half of what I set out to do. I will be presenting two designs for a costumes as well as one fully completed costume. Through these designs you can see how they were made for their greatest advantage to be on screen. 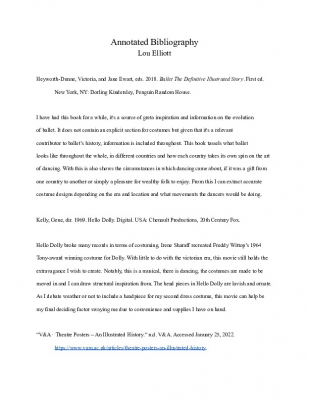 For my capstone, I created a magazine that features local artists to promote their work and stories through photography and writing. My magazine Artfully Aware aims to challenge readers’ definitions of art and perceptions of the artist community. Its purpose is to inform readers about changes occurring in the art world through the individual experiences of small local artists who are witnessing their community shift and expand.

The process of constructing my magazine involved interviewing local artists at SLA, gathering work to share from them, and creating my own content as a photographer and writer to tell their stories. A large portion of my capstone’s process was shooting and editing an editorial style photoshoot with the artist whose capstone project is featured in the magazine. The interviews that I had with the artists influenced the articles I wrote, the first about a senior’s capstone on costume design and another about Covid’s impact on the future of art. Those interviews guided me in the direction I wanted my writing to take, but they also gave me a chance to have conversations with smaller artists who have big things to say.

As a kid, I was fortunate enough to grow up with theatre. Because of this, I wanted to do a project that could help spread a former passion of mine. I decided to make a documentary on the theatre program at Overbrook Educational Center (OEC). OEC is an elementary/ middle school located in West Philadelphia. With their recently developed theatre program, I wanted to explore its effects on the youth that participated. Since March, I’ve been going to their rehearsals 2-3 times a week, documenting their production of High School Musical. The more I attended rehearsals, the more I fell in love with the stories I could tell about their experiences. I learned very quickly how theatre improved the characteristics of many of the participants. Some people grew more confident and others found a voice they didn’t know they had. With all of that in mind, I realized that making a documentary solely for this senior project wasn’t enough. Even after I am finished with my senior year, I will continue to produce the project as a full-length documentary. Every member of the cast deserves to have their voices heard about something they care about.

The video I prepared as my capstone is a reflection of my time thus far with them. It recaps what I learned and what I’m excited about in the future. It features interviews with a few of the cast members and ample observational footage. I hope you enjoy!

For my capstone project I decided to make a documentary/interview series about how mental health and tattoos are connected; as well as why people get tattoos. I interviewed several people, unfortunately less that I anticipated, but ultimately I learned a lot through this process. Throughout this process I learned a lot more about how to communicate and collaborate with people during the making of a film. The final product is a collection of 8 interviews talking about their experience with tattoos and the meaning behind them, finally talking about the connection with mental health and tattoos. I spent half of my time planning interviews, scheduling, and recording the interviews and the other half was spent editing. For the final product I had to come to terms with the fact that this is not going to be perfect. Although that’s what’s great about capstones, you can keep working on it; capstones are more about the process than the final product, as long as you have something to show for it.

Below is the link to the final documentary and my bibliography.

Here is a link to the documentary:

Here is a link to my bibliography:

My capstone is centered on ensuring that the Student Action Board at Science Leadership Academy @ Center City, a part of the Philadelphia school district, is beneficial to the SLA community. Student Action Board is a student-made and led club whose purpose is to bridge the gap between students and staff. I was able to achieve this goal through various projects. One was creating a template to improve the organization of the advisory memo. Another was helping a Digvid group make a flyer to recruit background actors for their film. The last one I’d like to share is how I worked to get menstrual buckets in various bathrooms around the school. The process was difficult, there were multiple hurdles to jump through inside and out of school. By clicking on my artifact link you’ll find my Capstone Folder. This holds my portfolio of resources that helped in getting student needs met. I collaborated with Ms. Ryans to get the buckets, as well as another student, Paula Vekker. I collaborated with S.A.B participants to come up with ideas and pursue them. I also learned that I have a few more projects I am bringing to fruition, so my process will continue. One will be an end-of-the-year fundraiser, another will be an E-book for the next S.A.B leaders, and my last one will be a pitch to the staff to help them make decisions about the 2022-2023 senior year. 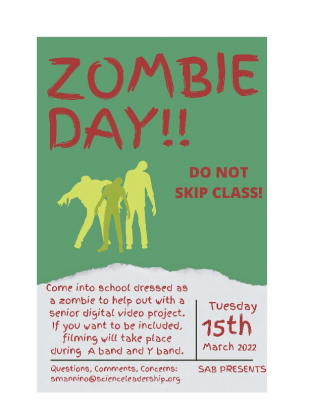