Keep in mind you told me to be honest.

I think the film portrays the nation as a buch of whack jobs. It makes us look like a bunch of sleezy dirtbags. We all have some kind of secret and in the government that is very dangerous. I think in the film this makes us all look really gross.

Theres always a certain darkness in the film. In just the very beginningn they kill that man like its nothing. There were no questions asked just done. These are the men that are running our country. How is that supposed to make this nation look? This can not reflect on us in any good way or put us in any good light. So I think that this makes us look terrible. If this were real, I understand that this would be a huge deal but I think that if we are just being portrayed like this in movies, how do people think of us in the real world?

Posted by Olivia Smith in American Government - Herman on Saturday, September 29, 2012 at 9:48 pm
​Here are our cartoons!
Posted by Olivia Smith in Physics - Echols on Thursday, June 7, 2012 at 12:03 pm
For my last project I worked on Ecosystems in general. I wanted to learn more about the Ecosystems mainly in our state and around us. Throughout this process I researched all of the different kinds of ecosystems in Pennsylvania. I thought it was really fun to learn about what is happening around us and what we can do to help make the woods stay as clean as possible. I also listed some ways to keep our environment clean and sustain what we have. 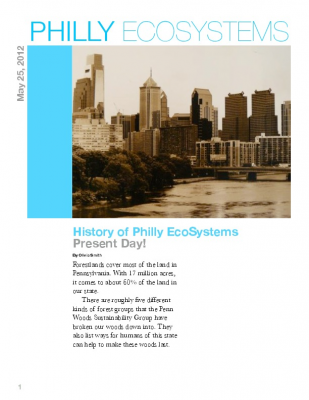 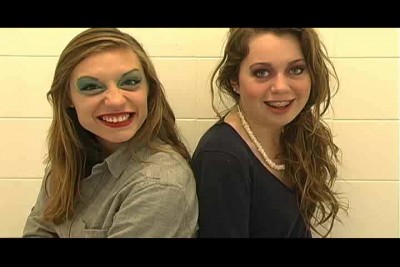 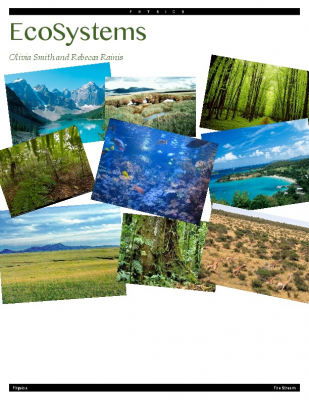 Posted by Olivia Smith in Advanced Art - Hull on Thursday, April 12, 2012 at 8:40 pm
The first image is a valentines day card that I made using a heart to be able to use it different color use, going from pinks to black and white only.

Then Isabella and I wanted to make a street art character. So that's my surfer guy.
Posted by Olivia Smith in English 3 - Pahomov on Friday, March 2, 2012 at 1:47 pm
Posted by Olivia Smith in Advanced Art - Hull on Tuesday, January 31, 2012 at 8:36 am
For the first picture we want to make fashion sketches and we did but we thought of making a collage with everything that influenced our drawings.


For the second and third picture we had to draw an animal in the style of Tim Burton. I loved this project. I got to be really creative and have a lot of fun with it.

Posted by Olivia Smith in American History - Herman on Tuesday, January 24, 2012 at 7:59 am
​here is our benchmark!
Posted by Olivia Smith in English 3 - Pahomov on Friday, December 2, 2011 at 9:22 am
​ I believe that girls and boys can be just friends. Nothing more than that. They can keep it on that level. Many people think other wise but I never have.
When I was a kid my mom had a friend and her friend had a son. This little boy and I grew up together. He was the first one to know everything about me. My first pet. My first kiss. My high school acceptance. My family problems. Everything. But somewhere along the line we started getting comments about us being a couple. We understood where they were going but we never went out, frankly we were to much like brother and sister to even think about that. Then once we reached our high school years we really were getting drilled with comments. People would tease us all the time. He's had girlfriends, none of them liked me because of the friendship that we had.
Out of this, I don't think I would be the way I am around guys if I didn't have that friend in the first place. I think you need to have a friend of the opposite gender to really be able to get to know other ones. Honestly, I think boys are a lot more fun. With girls there so much competition and its not worth it. Boys are so much more comfortable to be around, not for the attraction, just to have fun with.
One  of my other best friends, who is a girl, never really had a guy friend. She's 16 years old and she's practically afraid of the male gender. But if you think about it you could actually understand why she would be like that. If you aren't exposed to something then you most likely going to avoid it.
I still do talk to my first boy best friend. He is probably one of the closest people to me. I believe that everyone should have someone of the opposite gender to talk to, and to understand.
Posted by Olivia Smith in American History - Herman on Friday, November 4, 2011 at 5:22 pm
I make this website all by myself! Enjoy!
Posted by Olivia Smith in Advanced Art - Hull on Thursday, November 3, 2011 at 2:47 pm
For this project we had to draw a clear or glass object for about 2 hours. This was a very hard task seeing that you have to take into consideration that the lighting reflects from all angles.
Posted by Olivia Smith in Advanced Art - Hull on Thursday, November 3, 2011 at 2:36 pm
For this assignment we had to draw a full sized person for roughly 4 hours. During this time we were looking at a student of the class that was model for us to draw. This project was very straight forward and had a simple direction plan but was very challenging to accomplish. I was able to figure out the rough estimate of the proportions but the detail and flow of the picture was very rigorous.
Posted by Olivia Smith in American History - Herman on Tuesday, September 20, 2011 at 9:34 am
Posted by Olivia Smith in Spanish 2 - Gierke on Friday, June 10, 2011 at 12:25 pm
Olivia Smith

What is your project about?

I liked that this was a very free project and that it was individual. I liked that I didn’t have to rely on anyone for anything and I could do whatever I wanted with my project. I also liked that we had many options on what direction to go and what to do with this project.

What would you do differently?

I would use more personal pictures and drawn less. 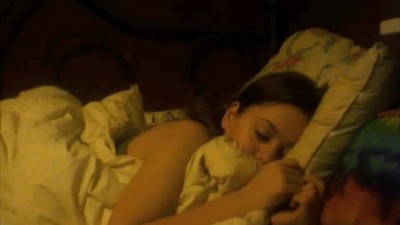 My cousins and I are sitting by the lake on the hot July day. We’ve been talking for a while when Johnny gets up and asks:

This is one of the many times my cousins from Jersey have teased me about my Philly accent. This happens to me wherever I go. Friends are always teasing my family and me about the way we talk. Its not annoying and I don’t get mad, its just one of those things that your reminded of a lot. Whenever you are outside your hometown, you tend to pick up on outside towns sayings. I think this leads to you creating your own language. Customizing your own English can either make you or break you.

There are stereotypes about the way that you “should” talk if you are from one place. But when it comes down to it you talk however you want. According James Baldwin “It (language) is the most vivid and crucial key to identity: it reveals the private identity.” This just goes along with the fact that you can make your language your own. There is so much slang in the world that you can make your language however you would like. Slang is one of something that people use. But when you use it a lot you can potential change your whole sound.

The way you customize your language can also be the way that you gain power. The less slang you use the more educated you tend to sound. It’s the way people think. When you use slang and other shortened words you can sound like you have less knowledge. “It goes without saying, then, that language is also a political instrument, means, and proof of power.” This is another quote by James Baldwin. I think that he means that when you say things people could get the wrong impression from you. This is important at things like interview, internships or even jobs. If you talk to your boss with a lot of slang they could think that you’re either being disrespectful or even looking down upon. There are many ways that you can give the wrong impression with the way that you talk. Even though no one deemed these words bad or rude for some reason everyone thinks that they are. It’s the same reason that we have negative and positive connotations. No one said that these words were bad. So why does everyone agree that they are?

Another situation that I clearly remember is when my eighth grade class got a new math teacher. Mr. Minturn was from Ohio.

“A couple things you should know about me is” he would say, “My mum and pa live in Ohio.”

Our entire class would laugh when he would slip up with a word we were unfamiliar with.

“Why are you laughing?” he would say

“Your accent!” we would reply.

He always told us that we were the ones with the accents but we always thought he was crazy. By the time I graduated we had him saying “wooder” and “begal” like a pro. He told us that we could talk however we wanted in his class and that he would say “mum” and “ceulors” but we would laugh at each other just for the mere fact that we weren’t introduced to the words he said. It makes me think. If there was a child that never lived permanently anywhere for a long period of time, how would they talk? Whatever pleased them, I presume.

Because of the way different people talk, it gives you the freedom to make your own language. You can said “wooder” if you live in Brooklyn and you can say “tawkin” if you live in Ohio. Because we live in a Nation with so many different “English-es” we can modify the way that you would like to talk.