I built a rainwater collection, filtration, and storage device.  It is an innovative engineering product designed with a humanitarian focus.  The water collection unit is collapsible; capable of folding together into a small waterproofed backpack.  Made from weather resistant tarp, covered with a durable mesh netting, and suspended by rope tie offs the device is highly adaptable.  As a product the water collection unit provides access to clean water sourced from rain for campers, gardeners, and other sustainable activities.  However, the greatest purpose is as a combatant against water scarcity.  Applying knowledge from my service experience in the Dominican Republic, I decided my capstone was an opportunity to better the availability of safe drinking water to those in need and greatest effected by water scarcity.

Provided below is my keynote presentation used to defend my capstone. 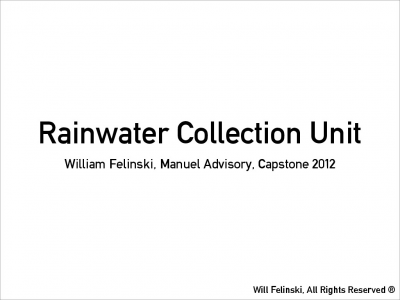 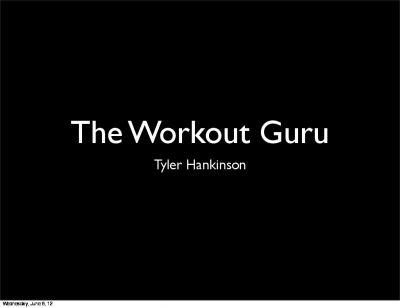 
I began by writing one story about Cherokee myths involving the sun and moon. My main character had to deal with living those myths and being affected by the moon. I began to write, but an obstacle I encountered was that I didn’t connect with my characters at all. I did too much research on the story and the plot, before getting to know the characters. The lack of passion I felt for the characters affected me severely. Eventually, I had to change the story to something else. It was changed to another idea that I was much more comfortable with. I learned how to make a story more independent. Because I had chosen a story that was originally a sequel, I feared that I’d have trouble writing it on its own. But I learned that just with a few minor tweaks, a story’s plot could be changed considerably. After deleting references from the past story that I loved, I realized that it helped build the story and give me more advantage in the plot. I also learned my strengths and weaknesses as a writer. I now know that I should not push my creativity too far within deadlines because it might kill the joy of writing. But I also can’t take two years to write something. So I need to find the middle line between giving myself deadlines, and writing freely.

Artifacts are soon coming.
Posted by Maria Hernandez-Pico in Capstone - Manuel on Monday, June 4, 2012 at 7:46 pm

“My capstone was a combine idea of teaching with culture exchange. Through the process I learned about the SLA system, how hard could be teach teenagers and also how careful and organize you have to be when your actions and planes affect others people time.”

Posted by Zillah Hernandez in Capstone - Manuel on Monday, June 4, 2012 at 5:12 pm
Summary:
For my project i decided to do a portfolio on fashion. I would be taking photos of people with fashion.

For my project I basically made an online Portfolio On Fashion. I chose this project because fashion inspires me and I like half of the things people wear now. Sometime people wear the things they wear for their personal reasons and I would like to know why but at the same I don’t want to be all up in their business if its private. For me I would like for people to show the clothes they have in their closets/wardrobe to show whom they really are, now. The process of my project wasn’t that hard but at the same time it wasn’t easy. I had to do a lot of editing for my website, so it can look really good. I learned a lot from my project, I’ve learned that sometimes fashion describes a person’s personality really well.

Posted by Yadimar Marquez in Capstone - Manuel on Monday, June 4, 2012 at 12:49 am
Initially, I wanted to create a documentary based on the immigration debate; who are immigrants, where are some of them from, why do they come to the US, etc.  I did my own research by asking questions and filming interviews and conferences.  However at the last minute, I was unable to put together the final product because of technical difficulties, so my alternative final product and essentially my presentation was a run down of what I wanted to do, what I learned in-depth and what I learned from the obstacles I faced.  Hopefully this will not only educate students about immigration the laws that surround it but also a lesson on what to do and not to do while trying to make a documentary.

At this time, I'm unable to upload the artifacts to my final product.  Sorry!
Posted by Aaron Johnson in Capstone - Manuel on Friday, June 1, 2012 at 2:00 pm
​Aaron V. Johnson

For my senior capstone I co-directed and managed the stage design for a play written by Julia Boyer.

My role comprised of rehearsing with Julia and the cast of the play, blacking out the windows in the drama studio, moving the stages from the school cafeteria to the third floor drama studio, hanging up curtains, and managing the stage lighting. My responsibilities differed from Julia’s as I worked behind the scenes while she managed the actors and the props. Originally, Julia and I planned to sell tickets to the play, titled Office 309, but in the end chose to make the three performances free to the SLA community during two Friday lunch periods and one final performance after school on the same day.

This website gives helpful insight on how to direct one’s first play. Helpful ideas include finding the cast as soon as possible, hiring a crew of at least three people, depending on how large the set is, and creating a production concept. The most important piece of information I received from this website is the importance of a production concept. To do so, the director or writer needs to think of a piece of artwork or writing piece that ties to the core of the entire play and explain it to the cast and crew. This artwork or writing piece should make everyone understand the ideas behind the play and what types of feelings to create during the production.

This website incorporates the idea of audience involvement with the characters’ points of view. It gives the example of giving a brief survey to the audience in advance, before completion of the writing of the play so the writing is relatable and draws people in.

This website talks about process goals needed during the production of a musical or play. A key concept that is mentioned several times in the document is the importance of collaboration. The writers explain that collaboration is important because directing a play takes an ample amount of time and the work should be split in half to avoid stress. Also, more than one opinion tends to be helpful when working on a play or musical because theoretically “Two heads work better than one.”

The article, “The Production Manager” is a detailed step by step process on everything from set crews, characters, to guidelines for directors and writers of play productions. The article also tells the story of two people who work together to make scripts and produce them in front of a live audience. One of the writers also works as the manager while the second doubles as the stage manager. Together they have created an amazing duo that produces up to six plays a year. The two are interviewed by Fran Brookes where they talk about their strengths and weaknesses while working together.

This source is a brief explanation and step by step guide book on how to produce the greatest theater production possible. The first step is to hire and work with people you trust and can rely on. The second step is to find a space that is cost effective and that will also gain valuable customers and audience members. The third and final step is to create something concrete that you are proud of and want to share with the world.

My capstone was working to create a mural with a youth group in Pennsauken, NJ called BPSOS Delaware Valley Basement Breakers (B3) on a project called Inside/Out.

The Inside/Out project was started by a French street artist who goes by J.R. He won the TED global prize last year for his idea of using photography to turn the world Inside Out. People from all around the world participate in the project, as they take photos of facial expressions, submit to the website, and receive large black and white copies to paste in a public space. SLA had done similar project under the JFK bridge. Through this project,  participants journal extensively with questions about their identity and hopes. Through exploring questions such as “where is your home? Where do you come from? Have you ever felt like you are the problem?” participants would be able to have a space to start thinking deeply about themselves and the world around them.

Posted by Uyen Nguyen in Capstone - Manuel on Friday, May 25, 2012 at 9:01 pm
Summery
For my senior capstone, I am putting myself on a task to host a school blood drive. I will be working with the American Red Cross crew to set up and host a blood drive here at Science Leadership Academy.

Abstract
My capstone was to participate, get certified by Red Cross to host a Blood Drive and also to recuit donors. My task was to plan out a Blood Drive event and to use my ability to organize everything and getting it into SLA. My partner(Gisela Giolafina) and myself organized multiple meetings and short announcement  to grabs students and teacher's attention to drawn themselves into participating and becoming a blood donor. We also got certified to train volunteers to make sure we have enough helpers and keeping our environment safe for all. We also reserved the drama studio specially for the event and maintain the amount of kiodic to minium level. With the help of students and teachers, we were able to do a run though and complete our project smoothly.