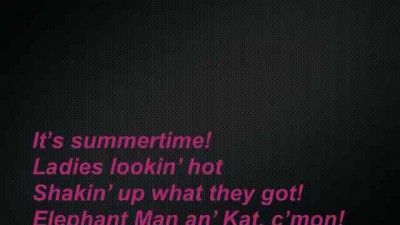 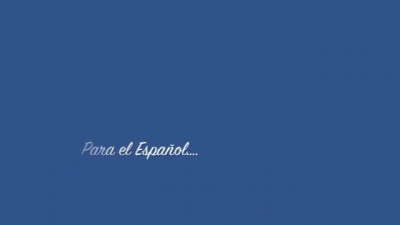 ​Pre-Conversation:
So this conversation will be discussing with different people about the diference between "saber" and "conocer". I don't really have any discussion questions ahead of time...but I want to ask questions like:

I'm anticipating a few interesting, but not really difficult conversation.

Posted by Amanda Millatt in Spanish 3 - Gierke on Tuesday, May 22, 2012 at 9:33 pm
​Hey this is my last bog post! This blog post was supposed to be completely dedicated to education in spain, but the conversations did turn out to be exactly like that. The two people I interviewed were Drake from Colombia and Mariano from Argentina. They were both studying to get a degree in business just in two different ways.

From these conversations I did learn a lot about education. I learned that Drake goes to a technical school that only last 1 year. I also learned that Argentina has a similar school system as ours, they go to school till they are 18 years old. College is also 4 years in Argentina and according to Mariano it isn't that hard to get accepted into.  You can learn more by reading the chats I posted.

From the internet source I found that  public schools in Argentina  are free and similar to America kids have to go to school when they are 6. Also school is only 4 hours a day there and they attend secondary school for 5 years.

Usually, in spanish speaking Countries they use complements as a sexy talk of some sorts. The more I researched, the more flirtational it was.
As you see, El esta rico is he is cute or sexy. Many of the other complements related to this but others for example were: El es rico or he is rich or ella es rico she is rich.

Even the resource was called "Hook ups in Spanish:

Posted by Arlana Brown in Spanish 3 - Gierke on Tuesday, May 22, 2012 at 9:03 am
​For this final blog post I wanted to focus on Spain's Language. When I started my research I found a lot of interesting things. Here are my findings:

If you think that Spanish and Castilian are Spain official language your only partially right. Because Spain has actually three official languages(Euskara, Catalan, Galician) which are not only used in Spain. Euskara is the most unusual language in Spain and only about 600,000 speak Euskara. Catalan is not only spoken in Spain but in Andorra(national language) and about 4 million people use it as their first language. Galician is really similar to Portuguese. To understand Galician about 85% people understand it and 3 million of 4 million speak it in Spain.

This blog post is about a person who passes, or can be mistaken for another race. Who is this person?

Martin Sheen, or Ramón Antonio Gerardo Estévez, is an actor who is known for playing many famous roles. One role he played, has a very personal connection to me. In 1993, he portrayed confederate general Robert E. Lee in the war film Gettysburg.

I was confused. If Sheen is Spanish (he's a first generation American, with his mother being from Spain), why is he playing the leader of the Confederate Army? Why also, did he not look Spanish?


After a long time of reading and thought, I've come to an important and personal conclusion. There's nothing wrong with Martin Sheen. There's something wrong with me. I simply don't know what Spanish people look like.

So what did I do? What any person would do. I googled "people from Spain" and found pictures of these people:

I've come to the realization that no mater how true you may think it is, a generalization is bad. Assuming a person looks, dresses, or sounds a certain way just because they speak a certain language is wrong.

Again, I apologize for this post having nothing to do with the Spanish language, but I felt that this was important nonetheless.
Posted by Aja Wallace in Spanish 3 - Gierke on Sunday, May 20, 2012 at 12:14 pm
Through this project I wanted to learn something, anything, it didn't really matter to me what I learned I just wanted to walk away from this project feeling smaller and accomplished  and I did.
Post one When I first started this blog I wanted to explore how food relate to culture. But it was a bit difficult to ask people questions that related to that and stay on topic.My first conversation went well but then I had to go so I was not able to finish that conversation. So later I started another one with Hector Gutierrez who lives in Brazil. He answered my questions but in English. So I kept the conversation going to see if I would learn anything that way.
Post two This person Charles was nice and willing to talk to me. Our conversation went well there was something to talk about and it was patience during the conversation, there were times when I did not respond as fast because I had to figure out a way to work my question or response. While talking to different people on shared talk I have come to the realization that is it no what you say to a person it is how you say it. By that it can be how detailed you are with an answer when someone body asks yo a question. When you are not very detailed with an answer it gives people room to make more inferences about who you are as a person.
Post three During this chat, I talked with Ezequiel Guerreo from Spain. He did not know English very well but he was still willing to help me with my Spanish, and correct me while we spoke with one another. During this conversation I felt confident because I knew what Ezequiel was talking about and I was able to comment, respond and ask questions and I was not suing anything to help me for most of the conversation. I felt as if I were having a conversation in English, it was very exciting for me.
Post four  For this post I was confident starting both conversations I entered. I didn't get a change to finish them but these two chats I had made me think of what I wanted to talk about in blog number five. Sometimes people just leave the chat, in my opinion the people become impatient. Then decided to leave the chat, it's sometimes a bit funny when you think everything is going well and then the next thing you know the chat looks as if you are chatting yourself.
Post five In this blog I just noted the times when I was talking in a conversation and t was just a complete fail. Either the person had to leave for a reason or they just left the conversation. I called it a fail because it seemed as if every time a conversation started well and I knew what was going on and the person could understand me. The conversation ended.
Post six is directed to the first project for Spanish I posted on slate this year. I linked post six to my Trader Joe's to show that, during this project while I was speaking in Spanish on Shared Talk to people the conversations took a normal length of time not too long. But to make a flyer for a cause I was in support of took days to write in Spanish. When I first got this project I thought talking to people whos' native language is Spanish would be hard, but after remembering all the things I have learned this year, talking was not as difficult as I thought it would be. After doing all the blogs I decided to direct my overall goal a bit differently.
*Me gustó aprender cosas diferente de las conversaciones con diferentes personas. Todos ellos preguntó sobre los Estados Unidos. A veces yo no dicho mi pregunta correcta, pero que no sabía lo que quería decir. Me gusta mi proyecto completo. Mi proyecto es diferente y era simpre, pero veo que mi español es mejor. Hablé con muchos  personas y todos ellos eran boba y divertida o loco, pero yo me gusta sharedtalked y estoy saliendo de mi lugar seguro para hablar en otro idioma.
Posted by Arlana Brown in Spanish 3 - Gierke on Wednesday, May 16, 2012 at 9:38 am
​I wanted to know about Education system in Puerto Rico and how it differs from the United States. I had someone to talk to but when I started to talk to them they seemed uncomfortable and quickly ended our conversation. But this is what I found out....

The education system has 3 main levels Primary(elementary school),Secondary(intermediate and high school) and higher levels.Primary is grades 1-6 and High School is 7-12. The constitution of Puerto Rico is set up that everyone has the right to learn on the island and public without cost.The largest in Puerto Rico private college system is Sistema Universitario Ana G. Mendez which is in control of the Metropolitan University.

Posted by Amanda Millatt in Spanish 3 - Gierke on Wednesday, May 16, 2012 at 12:35 am
​ Since last week I talked about marriage in Spain, now I will explore breakups. It was difficult explaining to people my topic because they all thought that I was asking them for a relationship. I did find two willing participants, one was Sandra maria from Columbia and Pablo from Chile. From these conversations I learned that men say in Chile "Terminamos porque no quiero hacerte" which means We are finished because  I don't want to hurt you. Another phrase that men say is "Quiero terminar contigo porque ahora te quiero como amiga", which means I want to terminate with you because right now i want to be friends. For women they say "Terminamos porque no quiero mas engaños" which means we are breaking up because you lie a lot. I thought the differences in reasons were interesting or perhaps Pablo experiences this a lot.

I also learned that people typically date a lot before getting married. Also to get divorced it is very expensive, but it is not difficult to get one. If you want to know about Pablo or Sandra or even see what eles they said the conversation is below. Muchos Gracias!